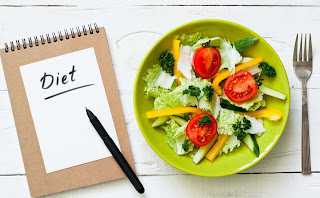 At more than 60 years old, the TOPS Club is in some ways the granddaddy of modern-day weight loss programs. This program, created in 1948 first as a club and then as a nonprofit organization, bears more than a passing resemblance to Weight Watchers, built in the ’60s, and is perhaps the most popular diet globally.

TOPS has an impressive history. Esther S. Manz, a Milwaukee housewife pregnant with her fifth child and noticed the helpful support that mothers-to-be gave each other, decided to adopt this concept to weight loss and founded TOPS with two friends at a local community center. Word spread, and in short order, TOPS grew to 2,500 people. Today, TOPS has members worldwide, most concentrated in the United States and Canada. The organization also has donated millions of dollars to obesity research, creating the TOPS Obesity and Metabolic Research Center, which is affiliated with the Medical College of Wisconsin.

How the TOPS Diet Works

TOPS has evolved over the years from a support group for people who wanted to lose weight but did not want to be tied to a specific diet plan (or any diet at all) to a more structured approach to dieting. However, the organization has always taken its philosophy from the full meaning of its acronym: “Take Off Pounds Sensibly."

At TOPS, the only requirement for membership is a desire to lose weight, and you can do it any way you choose. TOPS still bills itself as not being about dieting — there’s no specific TOPS diet — and does not sell a particular food plan. The organization urges prospective members to ask their doctors about a nutritional eating plan. For those who wish to follow the organization’s suggestion, it endorses two methods that can be found for free on the Internet and is based on principles to take off pounds sensibly:

The food exchange system, a long-standing regimen created by the Academy of Nutrition and Dietetics and the American Diabetes Association

MyPlate.gov, which was released by the U.S. Department of Agriculture in 2011 and is the nutritional plan recommended by the federal government

TOPS meetings and online community provide support, but you are in the driver’s seat when making menu decisions. There are no particular products to buy and no pre-planned or packaged meals at TOPS.

TOPS seems to work as well as other, more expensive plans. In a recent study published in the journal Obesity, researchers tracked the results of 42,481 TOPS members. They found that those who consecutively renewed their membership lost 5.9 percent to 7.1 percent of their initial weight over one to three years.

In addition, an earlier study published in the same journal found that members who stayed in the program for three years experienced similar results and kept off the weight.

Another benefit for those considering a program that stresses support is that TOPS costs about $90 a year, whereas other weight loss programs can cost hundreds or thousands of dollars.

In the food exchange system, all foods are grouped into six categories: starch, meat, fruit, vegetable, milk, and fat. There’s an additional “free” group for foods that have fewer than 20 calories per serving. The plan is called an “exchange system” because each item is on a separate list and in the portion size listed may be interchanged with any other food item on the same list. For example, half an English muffin may be exchanged for a 1-ounce slice of bread because these items are in the starch group, and they have about the same amounts of carbohydrate, protein, and fat. TOPS provides a guide to the food exchange system so members can understand and use it.

MyPlate does not tout a specific eating plan but recommends that eaters fill half of their plate with fruits and vegetables. The remainder of the plate should include lean protein and grains, preferably whole grains such as brown rice or whole-wheat pasta.

TOPS offers a system of support designed to guide members who are using these plans and want support sticking with them. Members can choose to follow TOPS online or attend weekly meetings.

From the beginning, TOPS pioneered a support group concept. This has evolved so that members can now meet face-to-face or get their support from an online community.

There is also a rewards system, which recognizes participants’ weight loss achievements and culminates in the crowning of a TOPS king and queen. TOPS also created a group called KOPS — Keep Off Pounds Sensibly — so that people who have lost weight can keep it off and remain within the organization.

You light like : Ginger for weight loss: 2021 unique slimming recipes

Based on the exchange system, a sample day might consist of:

Here is a sample menu to follow under the government’s MyPlate Guidelines.

The Pros and Cons

“TOPS recommends two of the best meal plans to have," says Sue Gebo, RD, MPH, an assistant professor at the University of Connecticut School of Medicine. "They both help people make their own decisions, which is a good way to teach people about nutrition. What I also like about them is that they do not involve calories or counting points.” The one problem Gebo sees is that these systems don’t automatically lead you to a balanced diet. “You could eat just banana splits and have one each day," she points out. "You’d lose weight, but you wouldn’t be eating a balanced diet.”

Gebo is also concerned that the eating plans don't teach portion control. However, there are online calculators you can use to figure out the right size portion to lose weight. “Both these systems involve keeping track of what you eat, which many people find distasteful," she says. "However, there is no other way to be truly accountable."

10+ Unilateral Leg Extension Machine Exercises that will blow your mind

How to get rid of masturabation pimples - The definitive guide(2021)